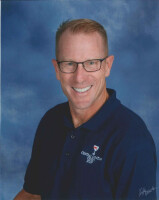 Rev. Michael E. Karunas has been senior minister at Central Christian since March 2012. Prior to beginning his tenure here, he served First Christian Church, Baton Rouge, La. (2004-2012), and First Christian Church, Centralia, Ill. (1998-2004), both in the capacity of senior minister. Originally from Ann Arbor, Mich., Michael received his A.B. from Butler University (1991) and his Master of Divinity from the University of Chicago (1998). He has been an active participant in the wider church, having served as a Global Mission Intern with the Division of Overseas Ministries of the Christian Church (Disciples of Christ) in East Germany (1991-1993) and on the Week of Compassion Advisory Committee of the Christian Church (Disciples of Christ) (2006-2010).

Michael is an avid distance runner, having logged nearly 20,000 miles over a 15 year running career. He enjoys singing and playing the trumpet, reading (mostly non-fiction, with a preference for history, philosophy, and religion), and has memorized and performed the Gospel of Mark as a one-man show. He is married to Amy Ziettlow, an ordained minister in the Evangelical Lutheran Church, writer and researcher. They have three children and enjoy spending time as a family, particularly spending summer vacations at the family cabin in Northern Michigan. 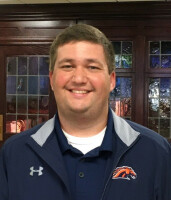 David Martin has been the Youth Director at Central since 2016. He has been an active member of Central and its youth program since 1998. He has a Sports Management and Communication degree from Illinois College (2014). Along with his work at Central, David is a substitute teacher in the Decatur Public Schools and the varsity baseball coach for the Cerro Gordo Bement Broncos. During the summers, David is a counselor for the regional camp at Camp Walter Scott for the JYF, Chi Rho, and CYF camps. He also has spent time each of the last five summers as a coach with the Chicago Cubs Youth Camps. 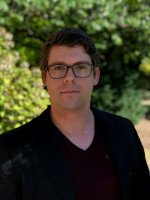 Dr. Benjamin Hawkinson began serving as Interim Music Director in July of 2021. He also serves as Assistant Professor of Music at Millikin University where conducts several choirs, vocal jazz ensembles, and teaches courses in Choral Music Education. Dr. Hawkinson has performed nationally as a chorus member, including recording projects with Sedona Academy of Chamber Singers, and performances with the New York Philharmonic, Philadelphia Orchestra, and others. Choirs under his preparation have performed many large choral-orchestral works, including a Brahms Requiem performed in Alice Tully Hall. As a jazz educator, Dr. Hawkinson is in demand as a clinician and adjudicator around Illinois. Under his direction Millikin University's One Voice has been invited to perform at the international Jazz Educators Network convention in January of 2022. 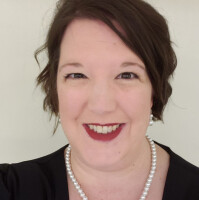 Kathleen Dudley grew up in Decatur, IL, where she graduated Eisenhower High School and met her husband, Justin.  She then went on to study at and receive her Bachelor's degree from Hendrix College in Conway, AR, with a psychology major and religion minor.  Kathleen joined the Central Christian Church staff in April of 2019.  She is an active member of Heartland Community Church, which she joined in 2003.  She and her husband have two children, two cats, and two family entertainment businesses to run when they aren't working or parenting. Justin is a magician and a balloon twister, and Kathleen does glittery waterproof body art.  Kathleen is a proud alto alumna of Opus 24.  Kathleen also enjoys reading, cross-stitch, singing, and Netflix when she does get free time. 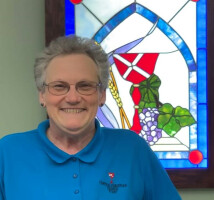 Yvonne Boyd, administrative assistant. Born and bred in the Decatur area. Comes to us with over 45 years of office experience. 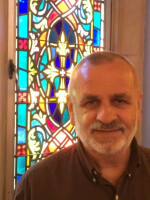 Rev. Don Martin retired from Central Christian Church in 2021, and he has returned to Central for a time as of summer 2022 to assist Pastor Michael by doing some visits.

And our other great staff!