Put It In the Basket

Put It In the Basket

One of my favorite stories of generosity comes from the church secretary with whom I worked at First Christian Church in Centralia, IL.  She didn’t attend our congregation for Sunday worship, but she was a regular at her own church.  She also had a few grandchildren, all around the ages of 3-6.  Being a faithful grandmother, she would make sure as many grandchildren as possible came with her each week to Sunday service.  Evidently, her custom was to give each child a dollar bill to “put in the basket” as the offering was collected.  She would also pack in her purse an assortment of snacks just in case the grandchildren were rambunctious and she wanted them to settle down. 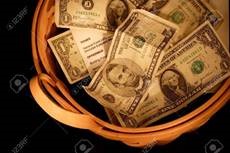 One Sunday morning, she sat in her usual pew between a collection of her young ones.  She had already given each child their dollar bill and on this day had given each one a cookie to help keep them quiet.  As the offering basket was making its way down the row, the granddaughter sitting next to her held a dollar bill in one hand and a half-eaten cookie in the other.  As the usher held the basket in front of the child, still holding both items, one in each hand, her grandmother whispered, “Put it in the basket!”  Her granddaughter, looked first toward one hand and then the other, hesitated, and… promptly put the cookie in the basket! 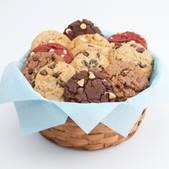 That story reminds me how hard it is to part with what is really valuable to us.  This week at our church we are celebrating Consecration Sunday when we accept not only regular offerings but Estimates of Giving for what we think we can offer in support of the church in the coming year.  I hope that those who give to Central Christian Church know how much we value the commitments given; how much we know it isn’t easy to part with valuable resources; how grateful we are for the generosity of those who believe in us.

And, as one who has spent his life in the not-for-profit world, I hope that those who may be reading this and have nothing to do with our particular congregation know that all the non-profit organizations you may support and believe in also give thanks for your commitments of generosity… and for everything you “put in the basket.”

Posted by Michael Karunas with
October 15, 2019
in Minister's Article

So… sometimes you just have to admit that you blew it.  Or, at least, that your “best laid plans” went off the rails before you even fully realized it was happening.  Such was the case this past Sunday.  I was scheduled to give the children’s message for our 10:30 service.  As per usual, I was hoping to design a children’s message that built on the sermon theme for the day (the sermon that I, as the preacher, knew well) which focused on how Jesus healed a man who then wanted to leave his home and go with Jesus as he traveled back across the sea.  Jesus, however, said “no” and rather instructed him to stay where he was and spread the good news there. 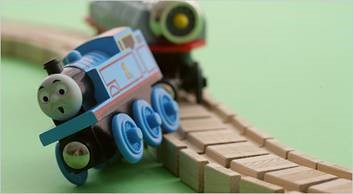 So… my plan for the children’s message was to play on the idea of wanting to have some kind of different life than we do now, but realizing that God gave us this life that we have for a reason; and that there is much “good” that we can do on God’s behalf in the midst of this very life we have been given.

That is what I WANTED the children’s message to convey.

I began by asking the children to imagine what they would include if they could construct their “perfect” home.  Now, this was not my first rodeo.  I know that you don’t ask questions of an audience to which you do not know the answers that will come.  Moreover, in the very rare case where this might happen, I was counting on my ability to steer the responses toward things like “I would like a swimming pool in my house,” or “I would like a movie theater.”  Doing so would allow me to still “bend” the overall message in the direction I intended.

But wouldn’t you know it?  As I asked my question: “If you were to construct your dream house, what would you put in it?” the first child said, “Um… 4 walls and a roof.”  The second said, “I would put my family in it.”  And the third one said simply, “God.”

After the 1st and 2nd responses, I realized I was way over my skies on this one; that I was counting on one type of response and not only got a different one, I got a much better one!  The third response was nothing more than an unintentional mic drop right in my lap!  I managed to stumble through the rest of the message.  But even as I was doing so, it dawned on me that though the children were thinking of what really matters when we think of “home” differently than I was – the basics of a building to provide shelter; the proximity of family; and the presence of God – theirs, which WAS the message, was much better than what I was hoping to simply a lead-up to a deeper message which didn’t feel so “deep” as I sat down in my chair in the chancel afterward.  As my idea was going off the rails, theirs was proving to be as sturdily on them as ever.

At this point in my career, I have no problem admitting that I miscalculated something but this moment with the children this past Sunday was apropos for another reason.  We are also currently in the midst of a Financial Peace University class at the church, as well as in the midst of an annual financial campaign.  And at the end of the day what matters most, as the children from last Sunday, is having the basics - four walls and a roof, the proximity of family and friends, and the presence of God in our lives.  In some way, isn’t everything else that we worry about, pretty trivial?